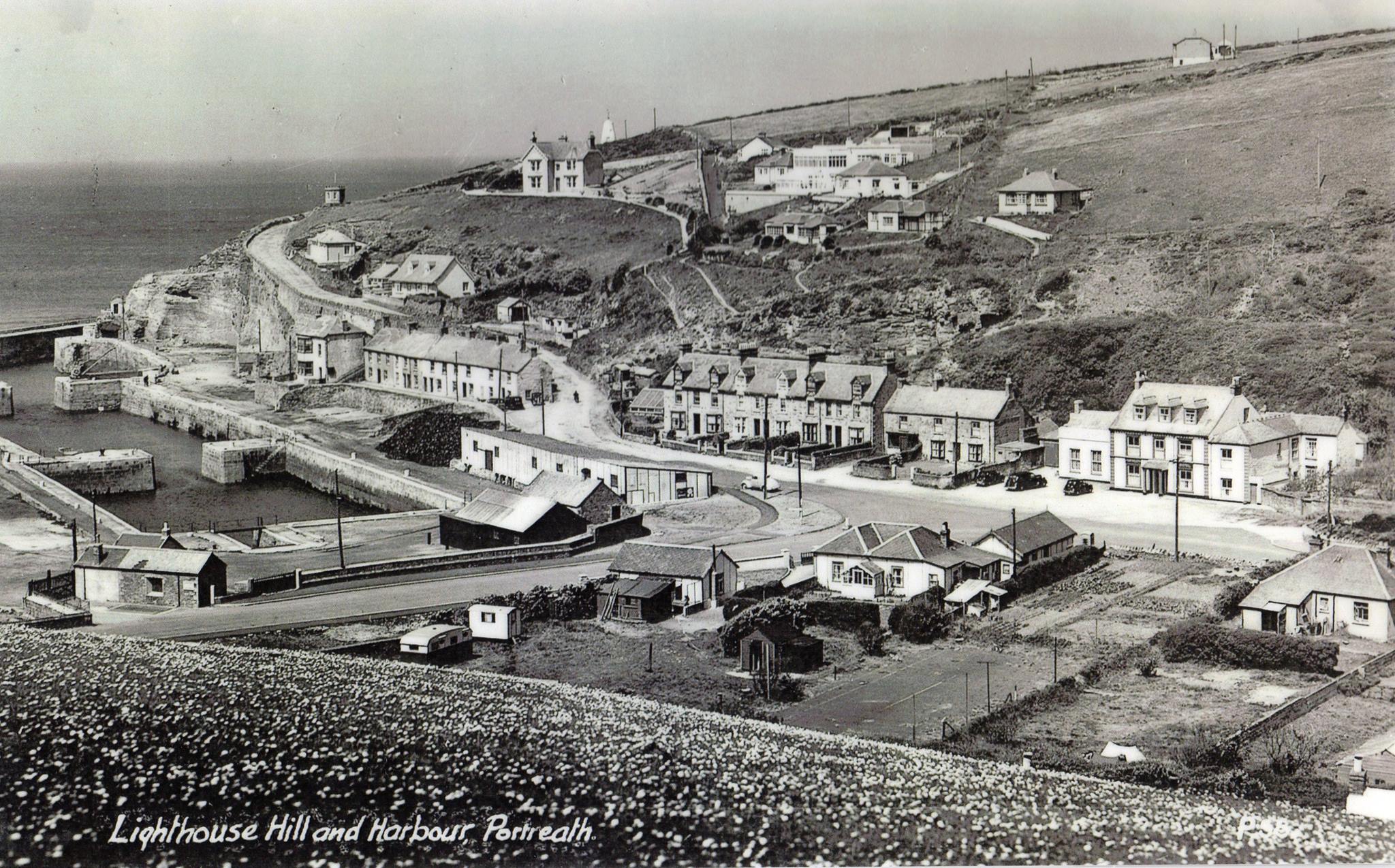 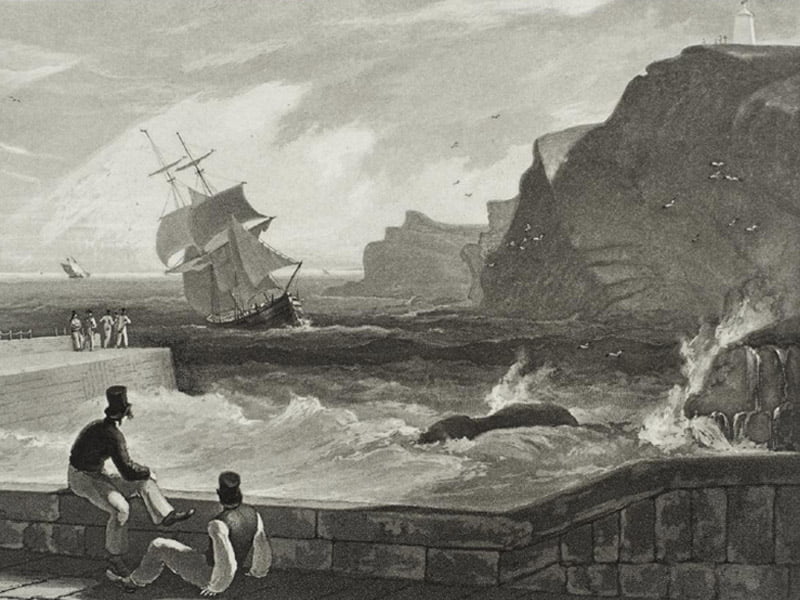 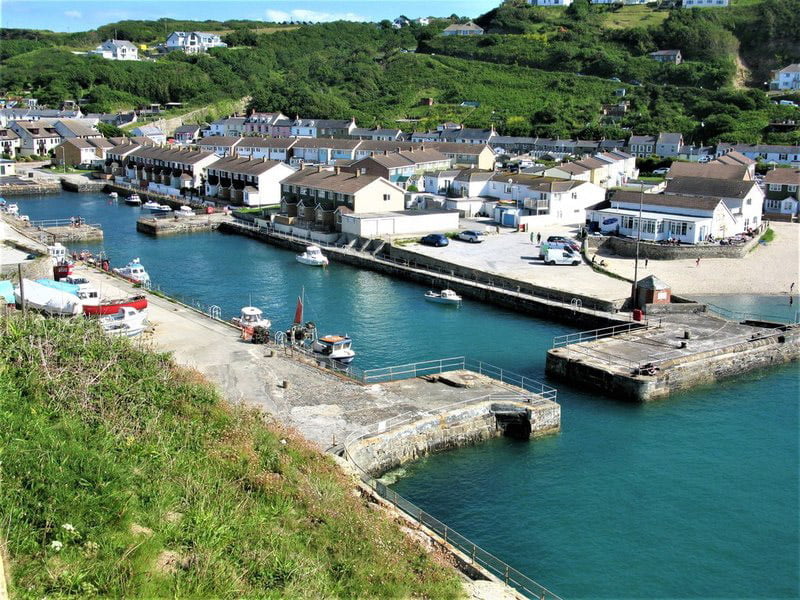 The name Portreath (meaning “sandy cove”) was first recorded in 1485 and tin streaming in the valley was recorded from 1602. Devon contractor Samuel Nott, was engaged to build the first mole (or quay) in 1713 on the western side of the beach, near Amy’s Point. The quay was destroyed by the sea before 1749 and the foundations are occasionally seen when the sea washes away the sand. The village also had a fishing fleet, mainly for pilchards. The harbour we see today was started in 1760 to service the expanding ore industry in the Camborne and Redruth area. The quay was extended and the inner basin constructed in 1846 and in the 1860s, New Dock, now known as Little Beach, was constructed.

In the late 1770s, during the American Revolutionary War, lieutenant-colonel of the North Devon militia, Francis Basset, commanded local miners to fortify the port, which helped counter a Franco-Spanish invasion fleet gathered as part of the European theatre of the war, some of them still standing to this day.

By 1827 Portreath was described as Cornwall’s most important port and Portreath was, with Devoran on the south coast, one of the main ports for sending the copper ore mined in the Gwennap area to Swansea for smelting. The ships returned with Welsh coal to fire the steam engines used on the mines. The peak of this enterprise was around 1840, when some 100,000 tons of copper ore were shipped out each year.

With a growing population a church was built in 1827, the Portreath Hotel (1856), Methodist Chapel (1858), Basset Arms (1878) and the School (1880) all followed. A cholera outbreak in 1878 caused the death of almost half the population. The copper trade collapsed by 1886 and the port was almost bankrupt, although trade of domestic coal, cement, slate and potatoes continued until after World War Two. In June 1980 the owners, Beynon Shipping Company, donated the harbour to Kerrier District Council and it is now leased to the Portreath Harbour Association by the present owners, Cornwall Council.

The Portreath Tramroad, the first railway in Cornwall, was started in 1809 to link the harbour with the copper mines at Scorrier and St Day. By 1812 the tramroad reached Scorrier House, one of the financiers’ houses, and was completed by 1819. It was horse-drawn with wagons on an approximate 4 ft (1.2 m) gauge using L-shaped cast iron plates on square granite blocks. The line was little used after the Poldice mine closed in the 1860s and the tramroad was closed in 1865.

The Portreath branch of the Hayle Railway was opened in 1838. To the south of the harbour, and on the west side of the valley, are the remains of the old cable-worked incline which linked the harbour to the mainline at Carn Brea. The Portreath incline was, one of four on the Hayle Railway and was 1,716 ft (523 m) long with a rise of about 240 ft (73 m). It was worked by a stationary steam engine, used as the winding engine. Part of the main line of the Hayle Railway was incorporated into the route of the West Cornwall Railway in 1852 and the branch line finally closed in 1936.

The railways and Portreath Tramroad associated with the minerals trade today form the Mineral Tramways Coast to Coast, a long distance cycleway and footpath extending 15 miles (24 km) from Portreath to the south coast.

Nance Wood, 1-mile (1.6 km) to the south east of the village, is designated as a Site of Special Scientific Interest for its biological characteristics. The woods are one of only 2 sites in Britain to contain Irish spurge (Euphorbia hyberna), a Red Data Book of rare and endangered plant species.

Information compiled and credited to Wikipedia 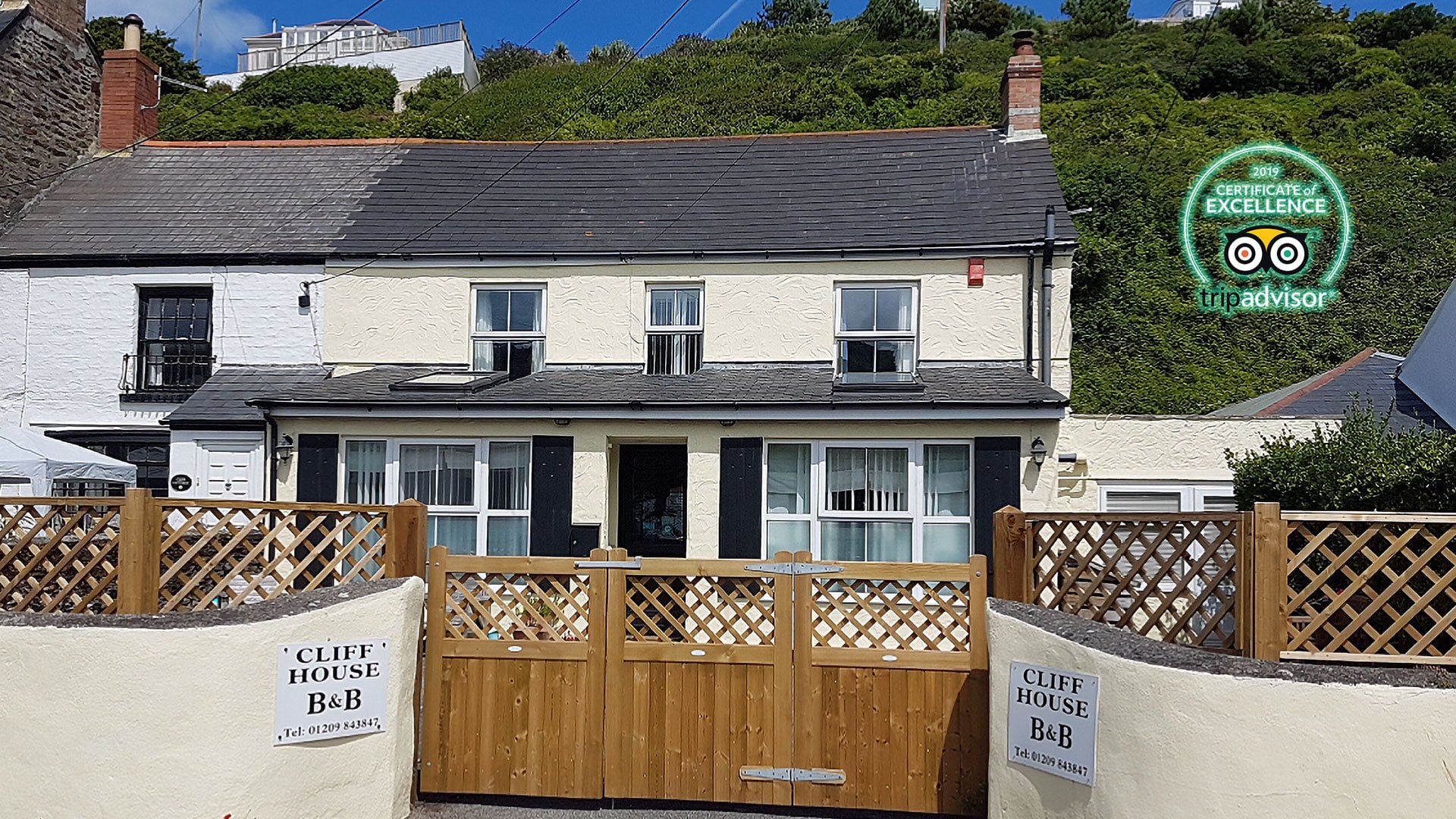